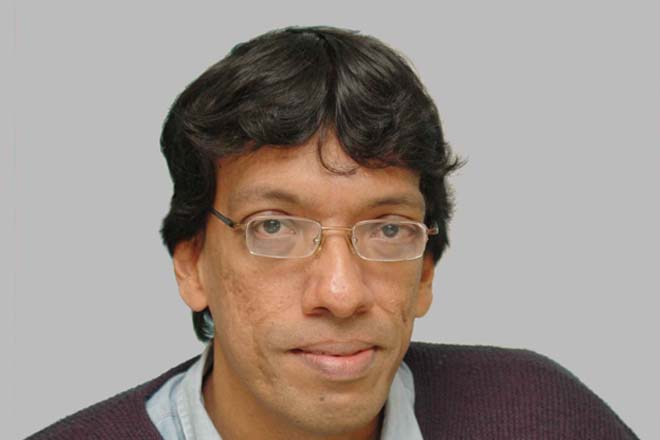 Prime Minister Mahinda Rajapaksa has informed parliament that the draft constitution will be finalized by the end of the year. An expert committee to draft a new constitution was appointed in September last year, soon after the government won the general election with close to a 2/3 majority. In his inaugural address to the newly elected parliament on August 20, President Gotabaya Rajapaksa announced that the government would replace the existing constitution and do away with the 19th Amendment that sought to strengthen parliament and independent institutions, besides curbing presidential powers. Although government leaders have been saying on and off that the new constitution would be coming soon, it was not a definite assertion. Now it seems to be.

The reason why the new constitution has not excited much public attention is that hardly anything is known about it. The drafters and the government itself have been tight lipped about what it might contain. The best guess is that it would follow the tone set by the 20th Amendment which got rid of the 19th Amendment as pledge by President Gotabaya Rajapaksa and be in accord with the tone set by the recently appointed Presidential Task Force on One Country, One Law. The expert committee itself has been selective about whom they have chosen to meet. They called civil society groups who could give technical advice such as on electoral reform. It appears that electoral reform would be an important part of the new constitution. The expert committee summoned PAFFREL, the country’s oldest election monitoring organization to obtain its insights into electoral systems and international practices.

By way of contrast, civil society groups that articulate a pluralist vision of the country and its people did not get the opportunity to go before the committee. In order to meet the challenge and opportunity presented by the expert committee’s desire to hold public consultations, the National Peace Council, for instance, organised its own consultations with over 50 citizens groups, ranging from district and divisional level inter religious committees, to groups of pradeshiya sabha members who had been elected to the lowest tier of elected government. They all made written submissions to the experts committee but apart from getting a written acknowledgement that their submissions had been received, they did not receive a meeting with the expert committee.

The manner of work of the expert committee corresponds to the general government working style of not being consultative but engaging in top-down decision making, by trusted insider groups with only a minimum of consultation outside that insider group. However, a fundamental feature of a democracy is consultation with the people. As it is impractical to consult with all of the people, the democratic system provides for elected representatives of the people to be consulted. However, this feature has been absent in the constitution making process so far as complaints by government ministers that they are being treated as lamp posts, suggests.

The unfortunate feature of being non-consultative has applied in some of the more controversial decisions that the government has made. It started with the 20th Amendment, which is today widely criticized even by those who continue to place their faith and trust in the government. The 20th Amendment which was rushed through parliament in the immediate aftermath of the general elections is now seen as concentrating too much power in the hands of the presidency and eroding too much of the independence of state institutions from political pressures. This may be the reason why the unfortunate decision to ban chemical fertilisers overnight was acquiesced in by the state implementing machinery who failed to stand their ground despite its adverse consequences.

On the positive side the government has shown a measure of flexibility when challenged on the basis of reason and logic, as with the Presidential Task Force on One Country, One Law. In the face of strong criticism of the mandate of the task force and its leadership, the government has revised the mandate of the task force. The composition of the task force has also been changed to better reflect the pluralism and diversity in the country. Earlier it had excluded Tamils and women which was unacceptable and indicative of a lack of a multi-ethnic, multi-religious and plural perspective among those who made the selections to the task force. Now it has included those two categories, although the Christian community continues to be excluded. What this shows is that unless the appointing authority is pluralist, the choices made are unlikely to take the plural nature of the country into account.

Sri Lanka requires a unifying political value system that accommodates the country’s multi-ethnic and multi-religious reality. This pluralism and diversity of Sri Lankan society continues today, with Sinhalese, Tamils, Moors, Malays, Burghers, Parsees, Buddhists, Hindus, Christians and Muslims, being some of the ways in which people have defined themselves. Sri Lanka has a democratic political system in which the weight of numbers predominates through the principle of majority rule. This reflects the popular belief is that majority rule is the primary element of democracy. But this creates a problem with respect for minority rights in all parts of the country. Minorities are often ignored, marginalized and discriminated against. It is unfortunate that the treatment of people as equal citizens, and their communities as those that need to be integrated, have been eroding constantly and is at a peak today for political reasons alone.

For close on two years the National Peace Council with support from the Strengthening Reconciliation Processes programme of the EU and GIZ (Germany) brought together students from the Eastern, Jaffna, Ruhuna and Sabaragamuwa universities. More than 160 undergraduates from the four universities obtained awareness and organised their own debate competitions and artistic events on themes that centered around the concept of pluralism. This past weekend a conference was organised, at which 30 research papers were presented, written mostly by undergraduate students and a few by faculty members. They provided testimony to the peace formation that takes place at the local level by civic actors who are engaged in pluralist and grounded actions even at a time when the macro political actors may not be prepared for the compromises necessary for reconciliation.

At the conference on the theme Plural Sri Lanka: Paths to Reconciliation, Foreign Minister Prof G L Peiris, who was invited to deliver the closing address answered questions from the floor on the concept of one country, one law. He stated that the purpose was not to eliminate personal laws but to ensure that rights were protected in a universal manner applicable to all citizens. The principle of one law prevailed as parliament was the supreme lawmaking body. He also added that the government was committed to a process of reconciliation and did not consider NGOs to be enemies but as organisations that had a wealth of experience in working with people and possessing wide networks of influence. There is a need for this holistic thinking to be taken on by the government as a whole and not only by a section.

The problem on the ground remains that governmental decision making has failed to be pluralistic on both symbolic and substantive matters of importance to the minority communities. This is primarily due to the structures of the state failing to discourage ethnic majoritarianism whether at the central level or provincial level. So far the Sri Lankan state has not being prepared to shift away from a system of government in which an ethnic and religious majority can decide on behalf of minorities. This is due to the absence of understanding of democracy as being a consultative process with all of the citizenry and not just with the majority who have voted the government to power. It is this unresolved problem that has made the minorities question their status in the country which needs to be resolved early for the progress of the country. The expert committee needs to deal with this challenge prior to releasing their draft constitution. Or else, the opposition generated by the Presidential Task Force on One Country, One Law is likely to be replicated on a larger scale.