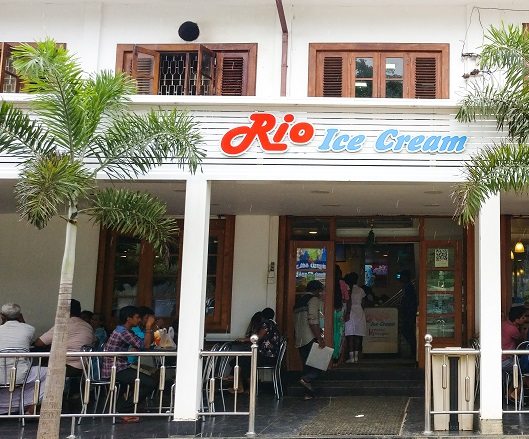 This article was originally published in Lanka Business Online on December 5, 2019 issue, and is being republished here with the author’s permission. Jekhan Aruliah is a social and commercial entrepreneur, with focus on projects in Sri Lanka’s Northern Province. Jekhan regularly contributes to LBO on key areas such as education, employment generation, agriculture etc. – Editor

Tourism is the single most game-changing opportunity for the North. Game changing because for those visitors with eyes to see and ears to hear it opens a wide window to all the other non-tourism opportunities in this province.

As they enjoy the hospitality, the food, the sites and the scenery a few true entrepreneurs will also notice the opportunities in a region that suffered a decades long war and has been sorely neglected for a decade after that war ended. More than opportunities to sell into the poorest province in Sri Lanka, they will see opportunities to sell goods and services produced in the Northern Province to the rest of the World. This window was further pried open with the opening of Jaffna International Airport in October 2019 providing easy access to the North by businessmen, tourists and the Diaspora.

The opening in 2020 of the Jaffna Cultural Centre, donated by the Indian Government will, if properly funded and imaginatively curated, become a tremendous draw at the centre of Jaffna Town. We hope for a virtuous cycle, as positive reports come out about the North’s great natural and human assets. Reports that contradict the North’s lingering gloomy post-war reputation. New and repeat visitors will be encouraged boosting the North’s rehabilitation further.

But for the North to become the tourist magnet it should be, there are many things that need to be done. Some by the government, but many more by the Private Sector. Here I list some of these things:

Make Travelling North from Colombo A Pleasure, not a Penance

Most people travel to the North by road (car, bus, coach) or by rail. The journey takes over 7 hours from Colombo, and often takes much longer due to traffic jams on the roads or derailments and other breakdowns on the rail.  For a visitor from overseas to come North, until now the main route has been fly into Colombo’s international airport and take the 7+ hour journey from there. What can be done?

Phase 1 opened in October 2019. Capable of taking smaller, upto 72 seater, passenger planes. The range of these planes enables flights between Jaffna and cities in Southern India. Also for Jaffna to become a transit point, less congested than Colombo, to the Maldives.

Phase 2 of the airport development, which has been promised but not scheduled, will allow planes of the size of the Airbus A320. This has seating for around 200 passengers, and range of approximately 6,000 km. This allows flights to places including Kuala Lumpur, Singapore, Dubai.

Sri Lanka Railways has allowed private companies to attach carriages to trains on certain routes. For example the Blue Line Express, formerly called the Rajadhani Express, which runs between Colombo and Kandy. No private carriages run on the route to Jaffna.

Sleeper Trains: There are sleeper carriages with flat bed berths from Colombo to Badulla, Batticalao, Tricomalee and Vavuniya. While these sleeper trains’ carriages are not in great condition, there are no sleeper trains at all from Colombo to Jaffna. This service would be an attractive option, enabling travellers not to worry about delays while they are asleep, and to save the price of a night’s hotel accommodation to make them less price sensitive.

Car-trains: Allowing travellers to take their own cars on the train would be popular. A car-train used to run between Colombo and Kurunegala to deliver cars from the assembly factory. This service, not currently in operation, simply tied cars to a flat-bed carriage. A more sophisticated double-deck carriage would make this profitable, loading many more vehicles per carriage. The comfort of having one’s own car when on holiday, saving the stress and cost of driving 7 hours, or the saving on the cost of car rental would make this an attractive option for those who want to drive in the North but not to the North.

There is no civilian passenger boat service to the North, either from Colombo or from India. A leisurely cruise up the West coast of Sri Lanka from Colombo to Mannar and Jaffna would be a popular option. Perhaps also carrying vehicles.

According to the SLTDA, in 1983 before the start of the Civil War forty four thousand passengers departed from Talaimannar Harbour in Mannar to go to South India. Today there are none.

The Government of Sri Lanka (GOSL) has plans to reactivate the Kankesanthurai (KKS) Harbour as a freight port by 2022. We hope a change in government won’t change this plan, even though the last two governments have dawdled over this since the Indian Government finished clearing the harbour of wrecks and completed dredging in 2013. Once active as a freight port, a passenger port would be a minor additional step.

Reviving this boat service is a great opportunity, for passengers and for cargo to go to India and to Colombo.

Much of the tourist accommodation in Jaffna has hardly moved on from before the war. Apart from the small handful of new and nicely refurbished properties, Jaffna’s rooms have the feel and furniture of the 1980s. There is plenty of room for imaginative new concepts, like fashionable Colombo 7’s Bunkyard Hostel which offers anything from airconditioned rooms with ensuite bathroom, to dormitories with 6, 8, and 12 beds for as little as US$10 per night.

Tourist accommodation in the North is very limited. According to the SLTDA’s latest report, for 2017, just 0.7% of rooms in Sri Lanka are in the Northern Province. The Western Province and the South each have over 35%, with the Cultural Triangle and Hill Country having over 22%.

While there is a handful of decent hotels, most properties are old and poorly maintained. Some of these old hotels have strong brand recognition, which can be profitably revived with investment and imagination.

The ‘homestay’ sector has great potential for better quality rooms. Investment is needed in airconditioned bedrooms with good bathrooms and common dining, sitting and garden areas. Currently, homestays tend to be very basic spare rooms whose greatest attraction is cheapness. There is a business opportunity to provide funding to homes to improve their accommodation, and then act as broker to find tourist occupants to earn a financial return on investment.

The availability of tourist standard restaurants, cafes and bars in Jaffna and the North is very limited. If you want to spend an afternoon sitting comfortably in the shade with a light snack and a cold drink, your best chance would be to take a picnic, cooler box and some deckchairs to one of the many lovely deserted beaches.

Coffee shops have boomed across the developed world, also in Colombo and some of Sri Lanka’s coastal tourist centres. Paying hundreds of rupees for a small cup of coffee and the privilege of sitting quietly in comfort for a couple of hours working or surfing the internet is considered a bargain. This hardly exists in the North.

Open air areas to eat and drink and just hang-out are very limited, and are generally in rundown condition. Those that exist, such as the coastal path around Jaffna Fort, are patrolled by stray dogs and cows.

Opportunity exists to setup these restaurants:

Tourists and tour guides coming to Jaffna from the South and overseas mainly know of the Nallur Temple, Jaffna Fort, and Rio Ice Cream Parlour. They have scant knowledge beyond these places, and are woefully ignorant of the region’s culture and history.

An example of the ignorance of some tour guides came to me from the recollection of a taxi driver in Jaffna I know. He told me of a time he was taking a tour group with a Southern guide during the Nallur Festival. They passed a Kavadi procession, the somewhat eyewatering ritual in which a man performs a ceremonial sacrifice on behalf of a loved one by being carried on hooks piercing the skin of his back. The child tourist asked the guide what was happening. The guide, ignorant of the ceremony’s actual purpose but unwilling to admit his ignorance, said the man was going to get married! The boy undoubtedly moved his own nuptials a few place lower on his TO DO List.

Health: Existing facilities are generally basic, and meant for the local population. A great deal of renovation and retraining is needed to become an attraction for tourists and health seekers. Done well, this will become a powerful draw for tourists to the North:

Forts: In particular the Jaffna Fort and Mannar Fort are spacious and interesting self-contained areas.

The Northern Province, though only 14% of the land area, has 40% of Sri Lanka’s coastline according to an Asian Development Bank report. This extensive coastline is due to all the lagoons, islands and inlets in the North.

In this Northern coastal area there are very calm and sheltered beaches, as well as exposed and rougher coastal stretches. Offering a variety of environments for different activities.

There are areas rich in fish, molluscs and crustacea, for wildlife as well as culinary tourism.

With all this potential, this coastline is hardly developed at all. Leaving a great opportunity for environmentally sensitive investment in tourism.

The North is a place full of little known natural, cultural and economic riches. Riches which when discovered will bring benefit for the North and for the Nation. Tourism is the key that can unlock these riches, as an industry itself and as a doorway providing access to many more economic opportunities.