Father Cyril Gamini, a prominent Catholic priest in Sri Lanka, who was summoned by the CID yesterday (28) in connection with the complaint made by Maj. Gen. Suresh Sally was granted delay of one week to provide statement.

Maj. Gen. Suresh Sally, the Director of State Intelligence Service had earlier complained to the CID that Fr. Gamini and several other Catholic priests, during an online forum held on October 23, 2021, had falsely related him with the Easter Sunday attack.

During the forum, Fr. Gamini has reportedly alleged that the State intelligence units had assisted the leader of the National Thowheed Jamath (NTJ), Saharan Hashim, before he and others had carried out the suicide attacks on Easter Sunday, in 2019.

Following this, Maj. Gen. Suresh Sally had complained to the CID requesting to investigate Fr. Cyril Gamini alleging that his remarks may endanger his life as well as the lives of his family members. In response, the CID had summoned Fr. Gamini to provide statement yesterday (28).

However, Fr. Gamini, seeking a weeks time to prepare and present the statement, sent three other priests belong to the local church, namely Father Shantha KUmar Weliwita, Father Ravin Sandasiri and Father Sreenath Manoj, to the CID to present his request. The request was granted by the CID, as per Fr. Weliwita.

Catholics in Sri Lanka have repeatedly aired their unhappiness at the lack of desirable progress in the inquiry into the attacks. The Church seeks global support in finding out the truth and Pope Francis has expressed his solidarity in any way he could. Cardinal Malcom Ranjith has repeatedly said that he does not believe that the current administration will ever implement the recommendations of the Commission of Inquiry.

“It has been nine months since the report was handed over to the attorney general. Very few of the recommendations in the revealed volume have been implemented,” he said while speaking at a prayer service at St. Anthony’s Shrine in Kochchikade, one of the targets of the Easter bombings, on Oct. 21. 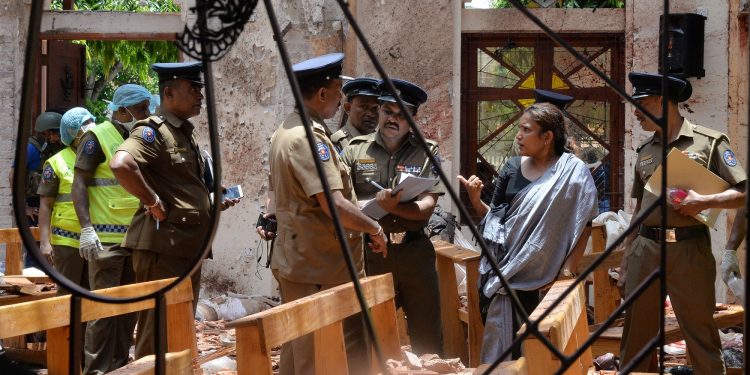