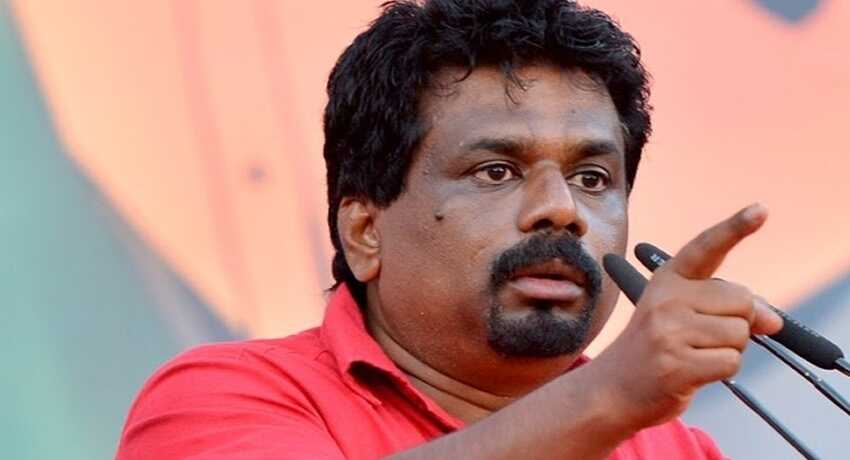 Most of the citizens in Sri Lanka now have begun to speak of an alternative option for a new political adventure, which is quite a timely need as we come across so much of political calamities. Sri Lanka has been looking forward to a “common figure” for a long period, however, it failed several occasions due to lack of experience and good decision making. People have turned toward Anura Kumara Dissanayake, party leader of Janata Vimukthi Peramuna. Thus, people have their primary right to elect a suitable leader for better governance. The issue is whether they have opted for a better choice as we see Anura is on stage. Does this cheerful current lead people toward true liberation or for another bondage? It could be even a worse exile.

National Peoples’ Power (NPP) has now widely covered a considerable space in approaching people with the title ‘nation-building.’ However, as a man who supported the initial work of NPP, I don’t promote and will never join any project toward nation-building agendas. This is where NPP has shown an unscientific methodology. Sri Lankans generally seem to be so unscientific that they often look for mythical resolutions. The idea of ‘nation building’ is a process in which nationalism has been spoken out superfluously. Sociologically speaking, it is nothing but ethnocentrism. What it brought was nothing but warfare. Now, NPP has joined in the same promotion though party members don’t promote it intentionally. NPP has particularly failed to cultivate “collective consciousness” among people.

The building of society is a conscientization. It is a huge cultural and structural dimension. The original face of nationalism that was promoted by Anagarika Dharmapala and later Bandaranaike has left a lot of negative consequences. If it is put in accordance with Paulo Freire, it is a hypocritical moralism or misconduct of true ethics.[1] Nationalism, therefore, is against universal human ethics.

Since many citizens look for an alternative party, NPP has become a determined target I guess but JVP has not still received the taste of the society-building process, instead, they are still worried about superfluous thinking patterns with nation-building. I think it is a struggle between pure optimism and false optimism. If NPP, especially Anura’s faction leads toward false optimism, then once again we would experience another type of ‘Rajapaksa regime.’ NPP began a good mode of political management but now it has also turned into the usual political governing process. This is the sad part of the whole scene.

Can Anura be a ghost of Mahinda?

Mahinda Rajapaksa as a man who promotes mythical formulas in his political carrier is also famous for his killing regime, especially the genocide that took place in 2009. Mahinda’s forceful deposit of political cultures now has become a guiding force for all thugs and uneducated men and women who represent the public in the parliament. It clearly shows the moral decadence of the Rajapaksa family. Though Sri Lanka had good cultured leaders like D S Senanayake, Dudley Senanayake, N M Perera, and so on, there appeared a professional-political disorder with the arrival of Mahinda Rajapaksa. In other words, he is a virus that came to demolish Sri Lankan cultured political carrier. He is mentally sick with his hate speech and nationalism.

Unfortunately, Mahinda’s slave brother Gotabaya Rajapaksa is on stage now after the presidential election of 2019. He precisely repeats his brother’s regime forwarding Buddhism as his way of life. Falling in line with him, some Buddhist monks who have no proper education background support this current regime blindly.

Generally, as a matter of political victory and eternal establishment, the Rajapaksa family came to power creating a public conflict. Behind the screen of the public conflict they create, they also justify their false mechanism in such a way that ordinary men and women would cheer them. April 21 Easter Attack is a classic example of that idea. The security of the public is now on sale.

Amidst these subcultures, Anura, as he steps into an alternation expectation of this country and his immediate representation of the NPP movement has a massive challenge. His role in the public should encompass all subcultures of Mahinda such as organizing huge rallies, appearing as a king of people, unnecessary propaganda, large posters, promotion of nation-building for a political campaign, and so forth. However, according to my reading of the current issues, Anura, though a matured political figure now has turned to show another face of Mahinda. I think it will begin another wrong turn which misleads the public. People are tired of Ranil’s good governance policy and the Rajapaksa family’s hypocrisy. For almost two decades, people have been looking forward to a mature leader who can manage this country. If Anura falls in line with Mahinda’s subcultures, then Anura will be the first ghost of Mahinda who directly or indirectly establishes another false optimism.

Being practical more than being analytical

Anura is quite popular among people for social analysis. As a JVP member and an experienced personality in the parliament, he is quite thorough about the issues in the country. However, over the years, Anura has been only arguing and giving social analysis both in the parliament and media but he hasn’t been a radical part of building the society. I suppose it is a huge gap to be filled Not only by Anura but also by other JVP members.

Sri Lanka needs a leader who can place himself or herself among ordinary people. Mistakenly, the persons who come forward to represent the public do not know the art of working with people. So, what is on stage in the popular political field are crooked characters like Johnston Fernando, Rohitha Abeygunawardhana, Sanath Nishantha, and cunning foxes like Ajith Nivard Cabraal, Basil Rajapaksa, and G L Peiris. Mahinda became a popular character through his promotion of nationalism as a racist. Being a man of down South in this country, Mahinda played a double game; on one hand, he misled all communities making divisions among them, on the other hand, he took the upper hand through the mere promotion of warfare, in which he labeled himself as a hero.

How can Anura overcome the above-mentioned subcultures? So far, he is still failed to recognize and realize the quality of a leader people expect though Anura has received a bit of attention through NPP. I am particularly tired of seeing social analyses which are being daily discussed in the media by Anura. It has been a matter of powerful words but not deeds. Sri Lanka requires practical deeds but not analytical words.

If Anura is a good learner, there here is a sociological paradigm that is to be taken into an account. It is known as symbolic interactionism. It is quite different from structural functionalism and conflict theory. Symbolic interactionism focuses on one-to-one interaction or communication. It is more of a micro-sociological approach. It is a better paradigm for society building. Anura, as a man of social analysis with his good education background, could easily get back to this way of the path rather than arguing with uneducated fools in the parliament. Our villages are empty, people have no proper education system, children are tired, unrest of youths, ideological crisis and so on are the burning issues. Anura has to find a solution for these problematic cases rather than opting for mere arguments and sessions conducted by dirty media.

Anura is dreaming of a superstructure without practical working for good infrastructure. It is a joke if he does not pay due attention to making a strong infrastructure. NPP will have to learn first before making any solid decision.

NPP will be a powerful alternation option to eliminate the prevailing political agenda. We must not experience any more April 21attack and be cheated by any Rajapaksa mechanism. However, NPP has not understood the real rhythm or current which is to be used for society-building. This is not a time and space for mere words but the present situation implies heavy types of works toward community building. Our ordinary people even don’t know to make the right decision. Education of our men and women has gone down in every field.

If Anura does not realize and change his agenda, Anura will create Mahinda’s mechanism in another long track. Anura will win the upcoming presidential election not like a liberated leader but like Mahinda Rajapaksa who has already become a murderer or a blasphemy of the nation. I wish Anura would never become such a slave. However, he should not also be a ghost of Mahinda.

*Rehan Fernando is a Ph.D. student, doing his research on inter-religious dialogue with a case study of Dr. Michael Rodrigo OMI. He is also the author of 4 Sinhala books and 3 English books. He is also the editor of a journal called “Paadhai”. 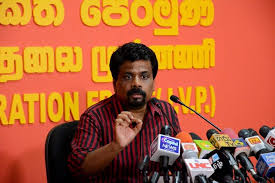