The biggest domestic minority party, the Tamil National Alliance (TNA), and the Global Tamil Forum (GTF) an expatriate democratic Tamil organisation, have just concluded a series of consultations in Washington DC with the US State Department at the latter’s invitation. The proceedings have been reported by the TNA and GTF in press and YouTube videos mainly in Tamil but some in English as well. The US issued a brief statement. What transpired and what was agreed is pretty clear. The case that the Tamil parties laid before the Americans was: (a) Sri Lanka is on an authoritarian trajectory, (b) Tamils are facing an existential threat, (c) China’s aggressive engagement has implications not only for the region but for Lanka as well and (d) the US can and should play a transformative role. In respect of Tamil perspectives the delegation emphasised the turn to authoritarianism and dictatorship, militarisation of the North-East, need to preserve the Tamil and Muslim identity of the North-East, educational and economic empowerment and maintaining pressure for accountability as per the UNHRC resolution. This is on the whole a strong case though I believe that the ongoing persecution of the Muslims and continuing deception of Catholics should have found greater emphasis in TNA-GTF arguments.

Though the meetings were with the US Administration an essential behind the scenes presence was India for both strategic and Indian domestic reasons. The other two QUAD powers Australia and Japan have only indirect strategic interest. The turn to authoritarianism and disregard for human rights and democratic norms makes the country susceptible to Chinese pressure. Because Lanka is approaching bankruptcy and economic chaos Chinese economic support is an existential factor. This is buttressed by large infrastructure investments. The knock-need government has for its own survival turned into a de facto Chinese economic colony. This will give China leverage over Sri Lanka in Indian Ocean related strategic matters to the disadvantage of India and the US. This China play by the Tamil delegations is a smart move and even though the US statement after the meetings did not play it up. It must have fallen on fertile ground since QUAD versus China strategic tension in the Indian Ocean and the South China Sea may intensify. It seems that the Tamil parties played their hand well except, unfortunately inadequate emphasis on the concerns of other minorities – Muslims and Catholics.

The American statement (no doubt in consultation with Delhi) has been drafted with great caution and Washington-Delhi did not show their hand on how to fix this lost in the woods regime. As expected the flag was raised high on human rights and democratic norms which is Biden’s current global slogan. This gives warning that both the regional power and the superpower will not remain quiet if the Gotabaya regime attempts further militarisation or makes a play to gerrymander the next election cycle.

While the US can quickly and effectively impose economic sanctions and travel bans (of course nothing like this was hinted at in the US statement) I do not see how it can influence an authoritarian constitution which the Sri Lankan regime is certain to attempt to inflict on the country, probably in 2022. India is in a much stronger position to demand respect for democratic norms and it can do so by continuing to demand full implementation of 13A, not for 13A’s own sake but has a lever to strengthen democratic norms. To think the US to go as far as press for devolution of power and regional autonomy is too much to expect. If the US is uncompromising on human rights issues that will be useful enough.

The rapport between the US and Lanka’s minorities has emerged as a patron-client relationship; but can it deliver to the satisfaction of either? It is unlikely that the client (the minorities) are strong enough in the domestic arena to shift of Rajapaksa politics from China stooging and shift Lanka’s Indian Ocean strategic alignment. For the patron (US more than India) the chat was all likelihood exploratory. What the two patrons can do for the client concretely is not much. Maybe discourage a coup and prevent further erosion of human rights but on nitty-gritty specifics like devolution, articles of the proposed constitution, ethnic identity of the North-East, return of land sized by the military from Tamils and blocking anticipated anti-Muslim obscenities in the pending Gnanasara Task Force recommendations, it is likely the US will prefer to steer clear of what it may judge to be incidentals.

Hence, though I have devoted some space to the meeting, the thesis of this essay is to point out that neither the US nor India are the stars to which Sri Lanka’s minorities should hitch their future though they will of course be useful on the side-lines in disciplining a ship-wrecked regime. The way forward for the minorities is not to have exaggerated expectations of what foreign powers can do but to enter partnerships via what these days is called a Big-Tent (BT). The term BT gained currency in Europe in the last decade including the Italian Five Star and Spanish Ciudadanos “catch-all” parties. The difference between a multi-party alliance and a BT is that the former is a coalition or united front (the SJB, the 1970 United Front) while BT is a unique political party permitting a broad spectrum of views within itself and therefore called catch-all. The way forward for minority politics in Sri Lanka is to employ a BT structure permitting a range of views about say devolution or family laws to coexist internally (neither the TNA nor the Muslim parties in any case have specific but contradictory socio-political ideologies), but at the same time form working fronts with the JVP and SJB not only for the minorities sake but also influence these narrow minded (on the ethnic issue) entities to expand their intellectual horizons.

What will happen if the TNA proposes to either the SJB or the NPP that it would like to work with them and form an alliance in exchange for a dialogue on the way forward for the Tamil speaking people? Will the latter Sinhalese entities suffer a heart-attack or maybe an apoplectic fit? In so far as the minorities are concerned it is not overseas patrons but domestic alliances that can win it some of its demands while at the same time building fortifications to withstand creeping autocracy. Historically Tamil politics has been conservative, reactionary, pro-capitalist and sometimes provided succour for cast-bigots. Offhand I cannot recall a single left MP other than Pokey Kandiah from the North or East. The electoral performance of the left in these two provinces have always been nadir. The TC and FP participated only in staunchly reactionary governments – GG and Thiruchelvam. Repeatedly the Tamils ended with egg on their faces. Yes indeed the Tamils can respond that that they have been betrayed over and over again by Sinhalese leaders (BC Pact, DC Agreement, 1972 Constitution) but the current scenario reduces to this. Put your eggs in a QUAD basket and place all faith in global players (of course this avenue must be kept open), or try again and again to engage with domestic actors. Anyone who rejects this has no alternative but to return to civil war and the Thamil Eelam illusion. Frankly though, that door has been shut in perpetuity. This remark will provoke the ire some of my radical Tamil friends, but I have no choice but to call a spade a spade if that’s how I see it.

I am curious how the TNA and the Muslim entities will act in the next three years. Exactly how matters outside their control will develop is not easy to foresee other than to expect the government’s difficulties to multiply. Hence the JVP, SJB, TNA and the Muslims have all entered a period of positional warfare. This means manoeuvre into advantageous positions vis a vis the main enemy and also potential allies. To use an adage commonly used in recent times, nothing is off the table, organisation and alliance building are the keys. 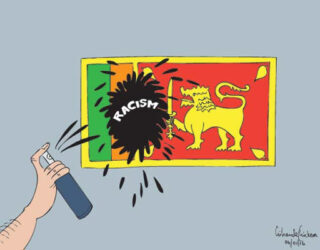 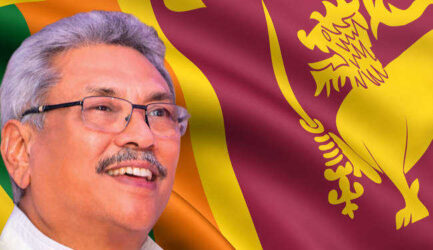 What Is Weerawansa Trying To Do? – Prof. Kumar David / Colombo Telegraph